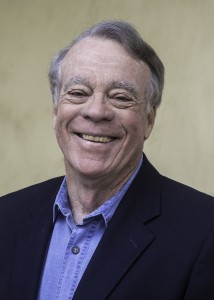 Dan Blackburn is a veteran broadcast and print journalist with more than forty years of experience ranging from covering presidents to predators. He also is the winner of several journalism awards and a recognized, widely published outdoor photographer.

As a network correspondent for both NBC News and CNN, Mr. Blackburn covered almost every presidential campaign of the past 35 years as well as being assigned to the White House, Capitol Hill and the national science and environmental beats. And he was music correspondent for the NBC News Overnight program with Linda Ellerbee. He was the writer and reporter for CNN’s highly regarded special series Sierra Under Siege and The Polar Bears of Canada. He has covered numerous Space Shuttle flights, the Viking robotic landings on Mars and the Voyager encounters with Jupiter, Saturn, Uranus and Neptune including live daily reports from the Jet Propulsion Laboratory in Pasadena that set the standard for coverage of the Voyager Neptune encounter. He also served as contributing editor for the Outdoor Life Network, hosting documentaries and special reports on a series of topics.

He was principle reporter/producer and host for the national television special Red Planet Rendezvous about NASA’s exploration of Mars. He also appeared as senior correspondent and analyst for national network coverage of the 2000 Democratic National Convention in Los Angeles. He is a widely consulted political analyst.

Mr. Blackburn, who helped pioneer the famed Sierra High Route ski traverse, also is the author of a best selling book on wilderness skiing as well as numerous magazine articles for a wide variety of publications including The New Republic, Harpers, McCall’s, The Washington Post, Los Angeles Times (to which he is a continuing contributor), Outside, Ski, Summit, Backpacker, Cross Country Skier, Westways, Sierra, VIA and many others. His outdoor and wildlife photos have appeared in calendars, catalogs, greeting cards and numerous magazines and other publications as well as frequently having been published by the Sierra Club, Audubon Society and others.

Dan is the co-founder and original co-chairman of the Robert F. Kennedy Journalism Awards Program, one of the nation’s largest such awards programs. He also is co-founder and chairman of The Friday Group — an influential Los Angeles-based organization of political reporters, commentators and analysts. And he served as host of Time Warner Cable’s “A Conversation With ….” and Beyond the Beltway syndicated interview and news analysis programs. He also served as Deputy Director, Public Affairs, The Peace Corps with a Top Secret security clearance as well as multiple Secret Service clearances.

Dan Blackburn also is the founder and president of Image Associates, a widely praised Los Angeles-based strategic communications, consulting and video production firm with links to political, corporate and production associates in California, Washington, D.C., and throughout the United States.